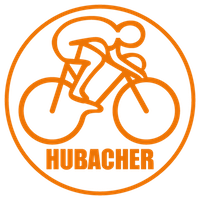 We opened our retail shop in Nyon, Switzerland on the 3rd of December 1983 and started to import products from Blackburn, Madden, MSR and Kryptonite for distribution in Switzerland.

The Mountain Bike is born

Kuwahara and Nishiki were the first to have complete bikes on the US market. We ordered 2 Kuwaharas and a batch of 20 Supergos. Nyon must certainly have been the first place in Switzerland to have a shop offering mountain bikes.

The MTB boom in the States led to terrible shortages and we decided to start assembly in house. After a four week frame builder school at Holdsworthy, we set up a range of suppliers in Japan and started assembly of MTBs built on a Reynolds 531 frame using Sun Tour, Sakae, Araya, etc. components.

The first 2 years we manufactured about 250 bikes under the brand PEAK AND TRAIL. At the same time we imported fully assembled SARACEN BICYCLES and took a share in Saracen. Unfortunately, we missed out on trademarking the name Peak and Trail in time, it took Scott only a few months to have a SCOTT PEAK on sale. The next step consisted of starting assembly of HUBACHER brand road bikes.

In all these years we kept our component distribution going by representing KOOLSTOP, GIRO, BLACKBURN, FIZIK etc. on the Swiss market.

In 1988 we became the first distributor for TREK outside North America and over a period of 4 years we sold thousands of Treks. Unfortunately, our staff, and the Hubachers, just could no longer handle the volume and with regret we asked TREK to stop the distribution side, however we continued as an authorised dealer.

We concentrated on the retail side of the business and our shop had been busy since. In 2013 we opened a new bigger shop up the road from the original place.

We still distribute products from our friends at KOOLSTOP and our own GRIPSRACK.